PROXY/VPN ALERT: Using a proxy/vpn will limit the functionality of this website. 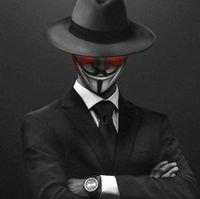 Internet Relay Chat (IRC) is a text-based chat system. It enables discussions among any number of participants in so-called conversation channels, as well as discussions between only two partners — for example, in question-and-answer dialogues.[1] Any participant may open a new conversation channel, and a single computer user can also take part in several such simultaneous channels.

In order to establish or join a chat, a network program, called an IRC client, is required for accessing a channel by connecting to a server. The IRC client can be either an independent program on the local computer (e.g. mIRC, XChat) or take the form of a special user interface from within a larger program such as an Internet browser; the Opera browser, for example, includes an IRC client, and clients such as Mibbit and IRCCloud or the open source KiwiIRC and MIT's The Lounge Chat can work in connection with many popular browsers.

But now is the TIME for CHANGE, remove Mibbit and IRRCloud and KiwilRC and MIT's and start using IRC-Community